Jerry B. Brown Ph.D., Co-Author of The Psychedelic Gospels - Episode 1085

Jerry B. Brown Ph.D. Co-Authored the book, The Psychedelic Gospels: The Secret History of Hallucinogens in Christianity, together with his wife, Julie M. Brown, M.A. 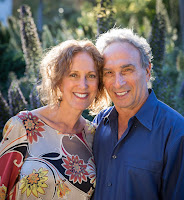 Jerry received his Ph.D. in anthropology from Cornell University. He was a founding Professor of Anthropology at Florida International University, and he designed a course on "Hallucinogens and Culture," which he taught annually until his retirement 2014.

His research, writing and speaking on psychedelics is the product of a long collaboration with my wife, Julie M. Brown, a psychotherapist who studies and photographs the role of sacred plants in religion.
The book, The Psychedelic Gospels: The Secret History of Hallucinogens in Christianity, grew out of this body of research, and was informed by a surprising discovery while visiting the Rosslyn Chapel, in Scotland; sculpted on the forehead of Rosslyn's most prominent green man, was a psychoactive mushroom--which had remained hidden in plain sight for half a millennium.

To learn more about the work of Dr. Jerry and Julie M. Brown, visit their website at https://psychedelicgospels.com/

Click here to find, The Psychedelic Gospels: The Secret History of Hallucinogens in Christianity on Amazon. 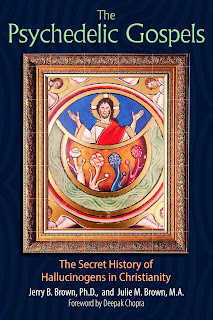 The SuccessInSight Podcast is a production of Fox Coaching, Inc. and First Story Strategies.