John Holliday is the author of Clara Colby: The International Suffragist


This book is the story of Clara Bewick Colby, a leader in the campaign which resulted in American women achieving the right to vote. 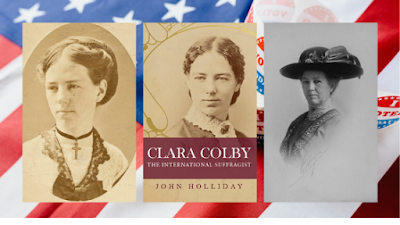 Clara Colby: The International Suffragist, is a must-read story to celebrate the 100th anniversary of the Nineteenth Amendment

Clara was the Valedictorian of the first woman’s class at the University of Wisconsin, she became a writer, publisher, teacher, public speaker, and a close friend of Susan B. Anthony and Elizabeth Cady Stanton, who became her mentors.

Her journey is an epic saga of untiring and heroic endeavor, sometimes under the most adverse circumstances, across the United States, and her native England. 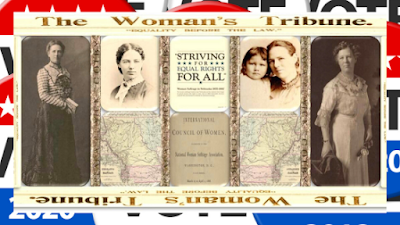 To learn more about John and his writing, visit his website at http://www.tallaibooks.com/

THE STORY BEHIND THE STORY

John Holliday’s previous book, Mission to China: How an Englishman Brought the West to the Orient, was a biography of his great, great, grandfather, Walter Medhurst, a famous missionary to China. During the research of that book, John became aware of the extraordinary life of Clara Colby, whose grandmother, Clara Medhurst, was Walter Medhurst’s sister. This, he determined, “must be my next book.”

John's interest in writing arose when he decided to write a memoir of his business life. That experience led to a decision to write Mission to China: How an Englishman Brought the West to the Orient, published initially in England, followed by a Chinese version in Taiwan.

The SuccessInSight Podcast is a production of Fox Coaching, Inc. and First Story Strategies.
Posted by Rose at 9:04 AM